The first black men officially recognized as Soldiers of the United States were slaves. The unit was known as the 1st Regiment of South Carolina volunteers; created as an experiment in November 1862. The theory at that time was that the war between the states would last quite a while, therefore using black soldiers to fight for the Union would save the lives of many white men. The experiment worked and almost 180,000 black men participated in the war. Approximately 33,380 lost their lives in uniform.
African Americans have served proudly in every great American war. In 1866, through an act of Congress, legislation was adopted to create six all African American Army units. The units identified as the 9th and 10th cavalry and the 38th, 39th, 40th, ad 41st infantry regiments. The four infantry regiments reorganized to form the 24th and 25th infantry regiments.

These fighting men represented the first black professional soldiers in a peacetime army. The recruits came from varied backgrounds including former slaves and veterans from service in the Civil War.

The Legacy Lives On

The motorcycle club was formed in Greenville, South Carolina during the 1999 National Bikers Round-up to consolidate the educational and charitable efforts. Since conception, the National Association of Buffalo Soldiers and Trooper Motorcycle Club (NABSTMC) is the largest African American motorcycle club in the United States; with over 120 chapters throughout the U.S. and overseas.

The Buffalo Soldiers’ memorial at Ft. Leavenworth Kansas, dedicated by General Colin Powell in 1992 on the site of the original quarters of the 10th Cavalry black soldiers. The memorial honors the memory and contributions of African American men and women who proudly served this country from 1866 to 1944.

The name was chosen to uphold and perpetuate the heroic legend of the original Buffalo Soldiers and the legacy of excellence of African American soldiers who followed.

On October 4th, 2008, North Charleston became the 77th Chapter of the National Association of Buffalo Soldiers and Troopers Motorcycle Club.

Our mission is to give honor to the Buffalo Soldiers and to express our pride in their significant contributions made to American history. We strive to promote cultural awareness by engaging in charitable activities which benefit the communities in which we live and educating todays youth about our African American heritage.

Our organization is open to anyone who shares our enthusiasm for riding and our goal to be a positive role model to our youth and our community.

Our colors pay homage to African Americans of the 9th and 10th Cavalry who sacrificed their lives so that our country could be what it is today. They are a badge of courage, sacrifice, and honor as are those who continue to serve.

The National Association of Buffalo Soldiers and Troopers Motorcycle Club (NABSTMC) consist of professional men and women with an eagerness to “do good in the hood’ through community service.

Chapters across the nation dedicate time and resources to feed the homeless, award college scholarships and ride motorcycles in events supporting causes such as the Make-a-Wish Foundation.

Locally, our North Charleston Chapter sponsors the Beyond Our Walls Meeting Place. Beyond Our Walls is a non-profit organization dedicated to increasing the involvement of parents and neighbors at community schools and organize resources to benefit parents and their school-aged children. We have consistently contributed to “Back to School” drives across the Greater Charleston area and programs such as the March of Dimes.

This is a good beginning, but we need your help to do more! Our goal is to expand our services to benefit the Low Country Food Bank, YWCA of Charleston, the International African American Museum (IAAM), the BSMC North Charleston Scholarship Program, and Veterans’ Victory House. 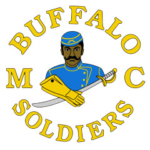